James Muldoon was born in Northampton but grew up in the Lincolnshire Fens. After leaving education, he worked for a funeral director and then for Pearl Assurance. He went to Bible College at WEST in Bridgend and was the Assistant Pastor of Freeschool Court Evangelical Church in Bridgend before coming to Carey. He is married to Jennie who works as an Occupational Therapist and they have two daughters, Elyania and Livia, and a son, Nate.

David Magowan was born in Jamaica to missionary parents, but spent most of his childhood in Northern Ireland. After graduating from Cambridge University in 1984 he worked as an airport civil engineer for a consultancy firm in Basingstoke. Following theological study at Westminster Seminary California, David was called in 2001 as pastor of Whitby Evangelical Church, and moved from there to Carey in September 2009. David is married to Elinor and they have two daughters, Angharad and Dilys.

David would be happy to chat to you further about the church and the Christian faith. 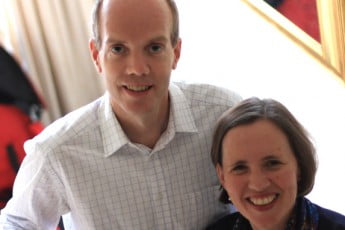